It takes into account the statistical changes of the isotope signature caused by another interaction with neutrons.

Thousands of first responders in New York have been exposed to deadly radiation over the years.

Please consider making a donation for the increasing number of 9/11 cancer and radiation victims in New York.

Decay chain of barium 143 and strontium 93

With the exception of the slightly radioactive zirconium, all primary fission products decay within a few days.

Isotopes of the primary fission products however might have longer half lives.

Did the decontamination of Ground Zero prevent cancer?

Radioactive experiments with their own civil population are not unusual for US powerholders.

Between 1945 and 1960, approximately 300,000 soldiers and civilians were exposed to radiation effects

“A considerable part of the US population (about 7 percent, that was equal to approx. 13 million people in 1962) was contaminated due to Sedan.

Just about 2 percent of the released radiation ended up in the mushroom cloud, the rest either fell back directly into the crater or onto the ground within spitting distance.

Nevertheless, (minor) radioactive fallout was still measured months after the event between Sedan and the vicinity of Chicago.”

3.2.1 Previous knowledge of the CIA / blackmailing the coalition

The expected use of miniature thermonuclear weapons in New York

Before 9/11 former CIA employee Susan Lindauer was involved in the peace contract negotiations with representatives of the Iraq government.

In late summer of 2001 she got a personal warning by her superior Richard Fuisz: an urgent recommendation not to travel to New York because an attack with a thermonuclear weapon was expected.

“Do not go back to New York City. It’s too dangerous.

We are expecting the use of a miniature thermonuclear device.”

They were afraid of radiation contamination.”

“At a meeting taking place after the September 11 attacks a US general gave a speech. Suddenly he said that in reality Osama bin Laden was in possession of about 15 small nuclear weapons – and that he had already used them.

He then played back a video showing a gigantic mushroom cloud rising above New York that we watched flabbergasted.

The general then urged us to understand how important it was to build a ‘Coalition of the willing’: only together we could take action against Osama bin Laden to avoid mushroom clouds developing above European cities .

Asked whether we could make this video available for the public, the general denied our question: this was classified information.”

Source: youtube.com; Link missing
Not to be referenced as source: http://www.voltairenet.org/article30048.html

The large part of the dust particles was blown out to the sea, as a consequence the fallout in New York was relatively low.

The remaining 63 kg, 98.5% of the total, contributed nothing to the energy yield.”

As an uranium fission bomb disintegrates before the nuclear fuel can be fully consumed:

On basis of the USGS dust sample analysis we can made a first estimation of the total mass of the unconsumed uranium:

The result of total [radioactive] uranium is 1.9 kg.

The real values could be significantly higher due to dust particles blown over the sea.

The USGS dust sample analysis did detect elements, which are usually created as a result of radioactive decay, after uranium fission (and which are radioactive in this case):

Significant decrease of radioactivity within a short time

How to detect radioactivity with a camera

3.2.3 Enclosure of radiation and decontamination

Ground Zero was covered with fresh loads of earth at regular intervals, the fills were removed and replaced after regularly.

Water vapor rose still many months after the attack through the earth fills.

These sprayers were also used to cool the high temperature debris before it left the site.

Several trucks were returned to the site for additional cooling because the law enforcement officers would not let them through the tunnels leaving Manhattan until they stopped steaming.

In terms of nuclear physics, iron is the most stable element and is difficult to make radioactive even when exposed to strong neutron radiation.

A lot of iron isotopes do not provoke a signal in the Geiger counter.

Radioactive isotopes can develop when a stable element absorbs one or more neutrons as nuclear components while being bombarded with neutrons.

“The effectiveness of the neutron bombardment per area unit is described by the effective cross section, on a circle: σ = πr2”

Fast neutrons are rather scattered by iron and not absorbed. A new [and destructive] radiation mix develops in the process.

The most important harmful effect of neutron radiation in living tissue is the elastic scattering on hydrogen H-1 (effect of a neutron bomb).

This property also allows the use of water as neutron moderator in nuclear reactors.

Massive scattering for slow and fast neutrons by iron

A look on the table with the effective cross sections of FE-56 shows that iron has outstanding characteristics to scatter neutrons:

In nuclear reactors, water is used as moderator for neutrons (scattering on proton H-1)

Scattering of neutrons on hydrogen and on the water molecule

The element 235uranium decays in an induced chain reaction most likely into:

The "finger print" of a nuclear weapon: a certain mixture of radioactive elements

When set off, every nuclear weapon produces a characteristic mixture of radioactive elements that is based on the subsequent processes of disintegration.

A few days after September 11 the USGS collected and analyzed dust samples from about 40 different locations.

“The analyses do not take into account that the statistical distribution of the fission products may change due to rescattering of neutrons: for ex. a shift from strontium-90 to strontium-91”

Carbon is a component of organic life, it is usually not radioactive.

The isotopes resulting from uranium fission develop with a certain probability.

Probability of the formation of strontium isotopes

The radioactivity of strontium isotopes resulting from uranium fission differs:

3.2.7.3 Potential absorption of other neutrons by already radioactive isotopes

Under laboratory conditions the resulting statistical distribution of radioactive isotopes can be predicted precisely, just like during an uranium fission.

It is however impossible to predict how this statistical distribution will change due to rescattered neutron radiation:

Situation: few millionths of a second after the ignition of the nuclear weapon

In his “Ground Zero Report”, William Tahil describes the possibility of an extremely high additional neutron flow due to:

Change of the isotope distribution

William Tahil’s approach primarily shows that multiple rescattering of neutrons may change the statistical distribution of fission products due to neutron rescattering.

The discussion about which elements actually had an effect on the nuclear processes – wanted or unwanted – is however pure speculation.

Prior to carrying out such an analysis, the rockbed below Ground Zero underneath the memorial pools must be examined for radionuclides.

Use of a pulsed run supercritically (according to William Tahil)

If a small experimental reactor really was present in the WTC, the phenomena observed before the collapse could be explained alternatively:

Hypothetical radiation exposure as of September 21, 2001

Impact of other substances: Asbestos and toxic vapors

There are additional cancers in New York caused by asbestos dust.

What about my kids, what about the other responders’ kids? If I had all this toxicity on me and I wake up with cancer eight or ten years later, do I get my kids sick?”

The FEMA report issued in August 1997 already pointed out that the WTC might be the target of potential attacks.

It also warns of the consequences of highly carcinogenic radioactive radiation. 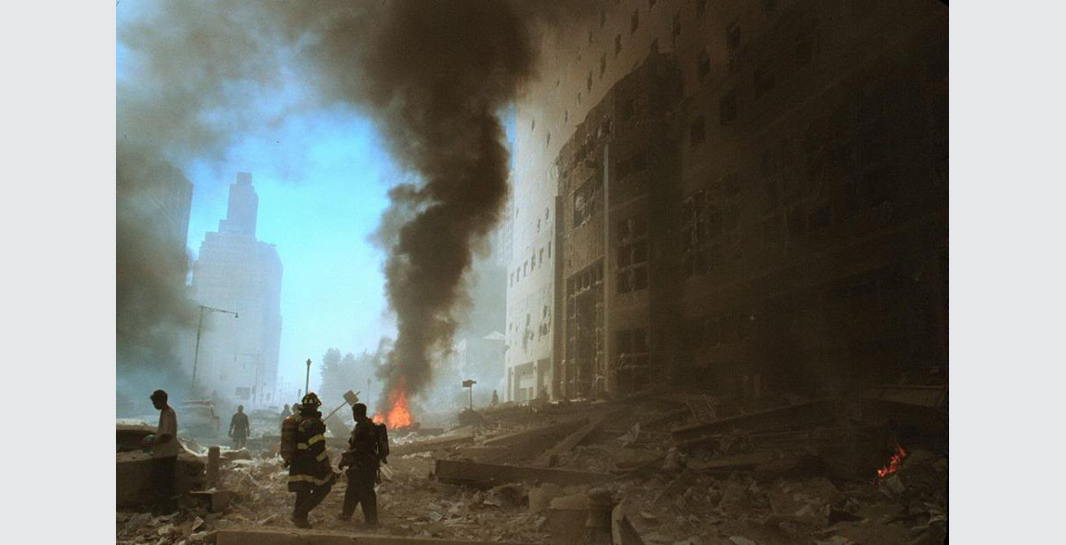 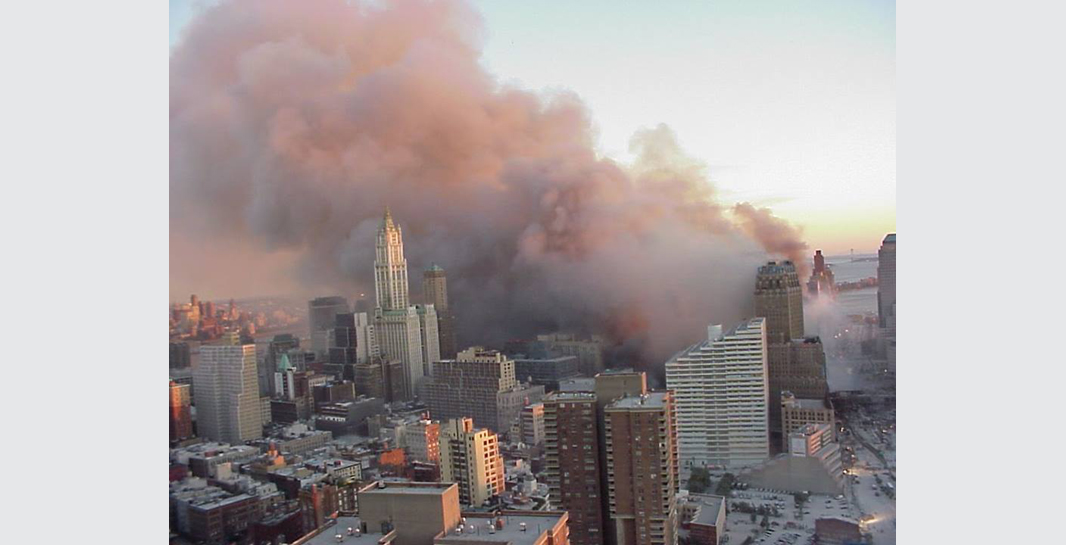 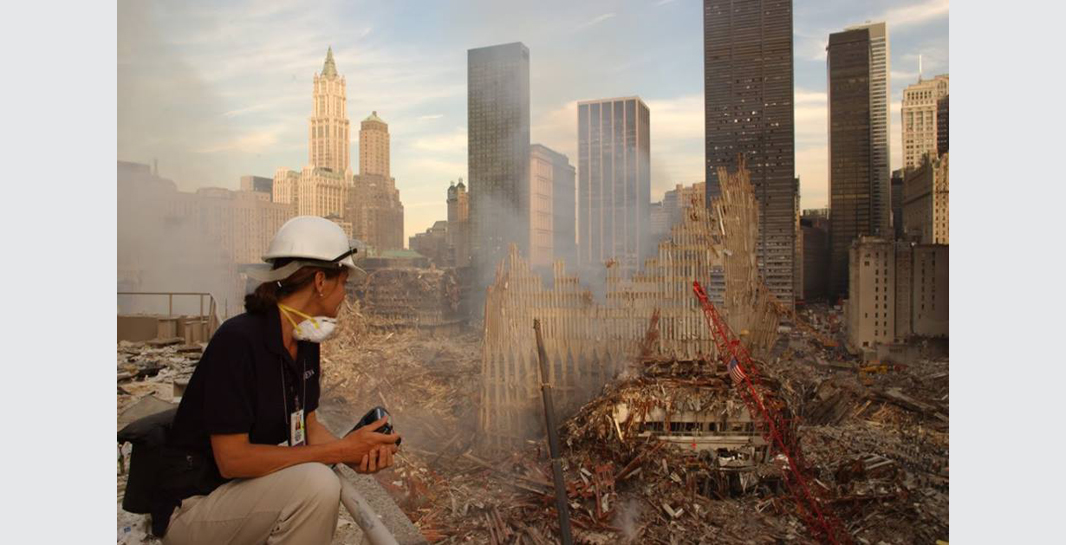 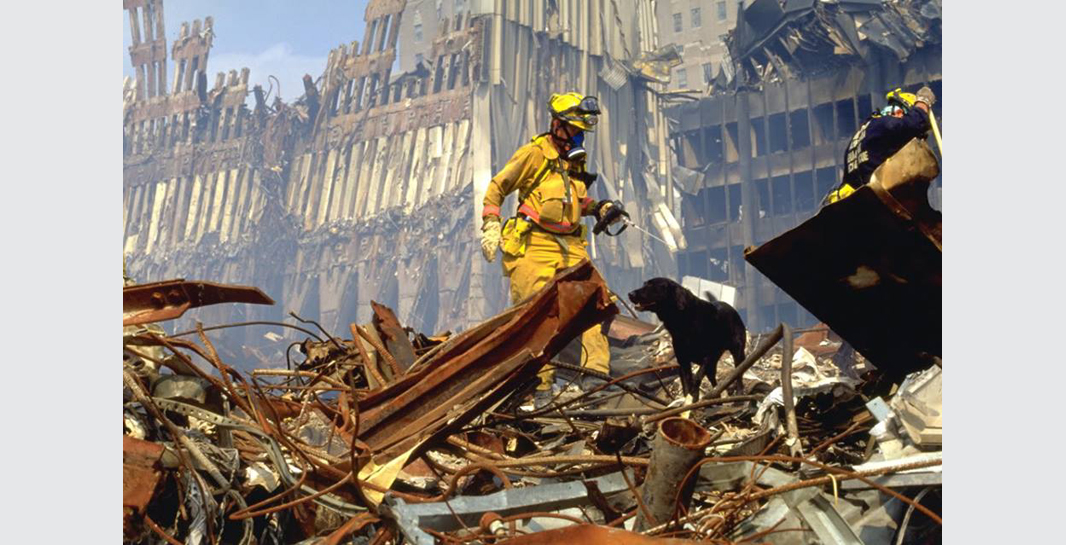 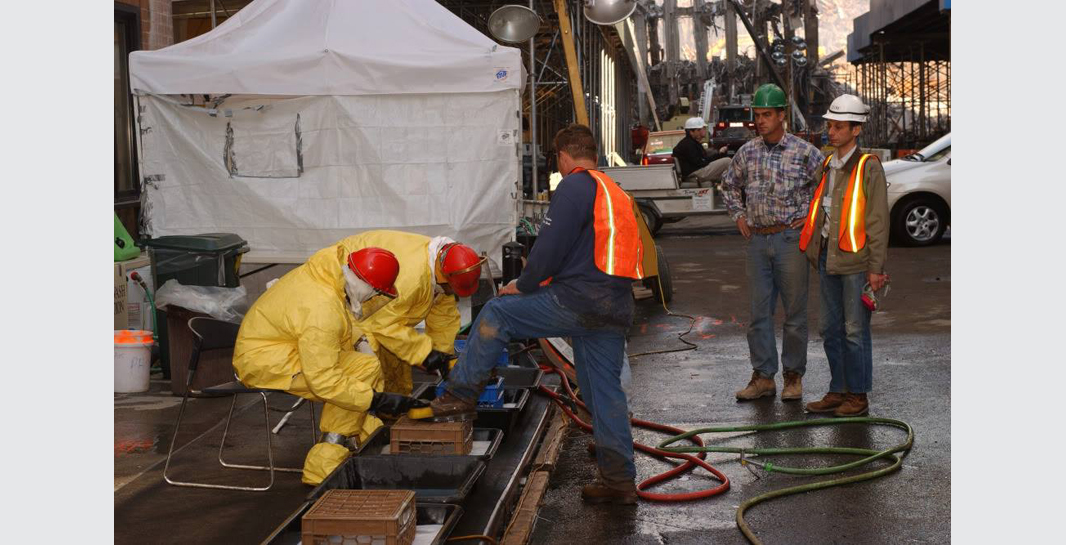 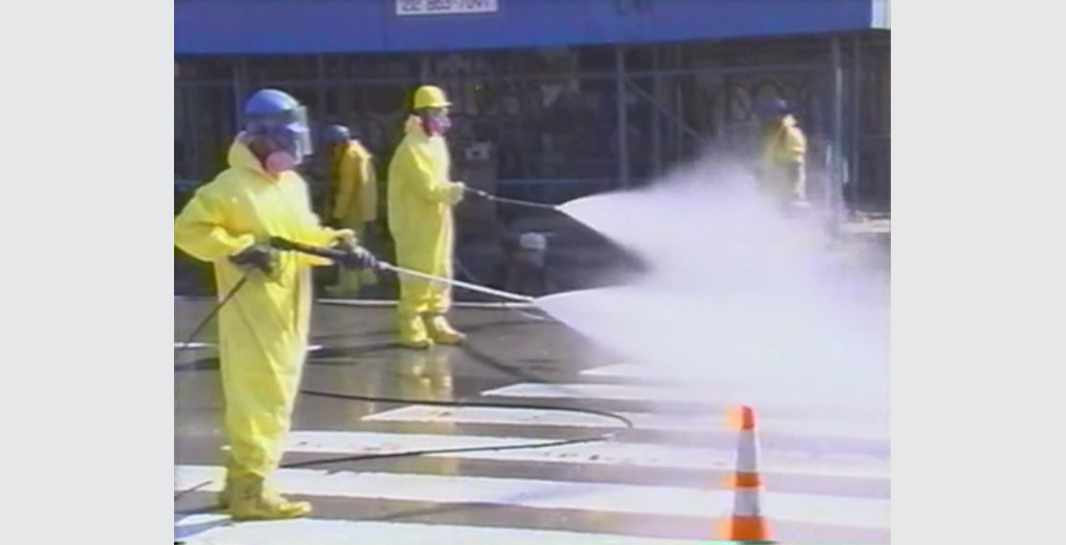 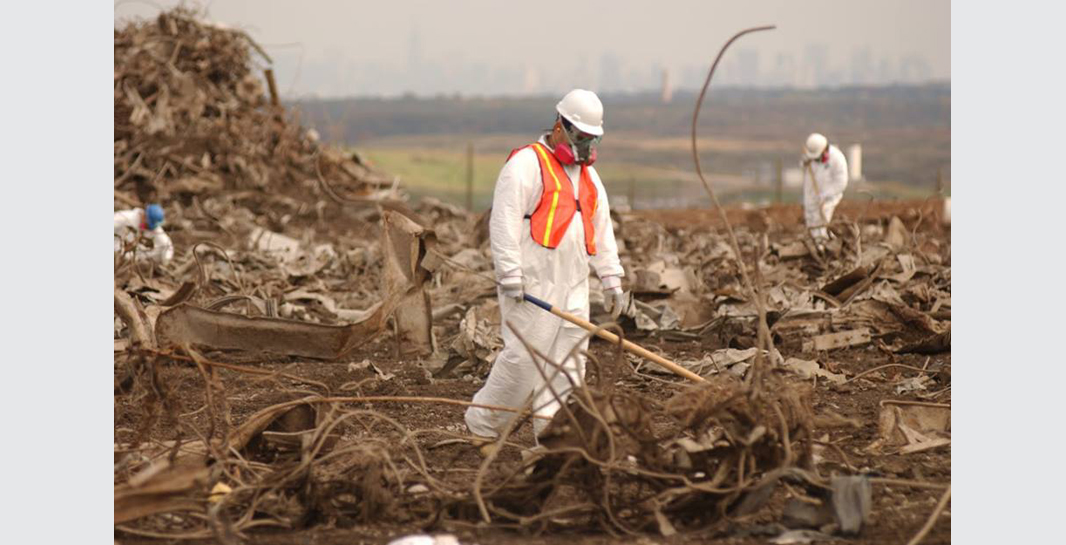 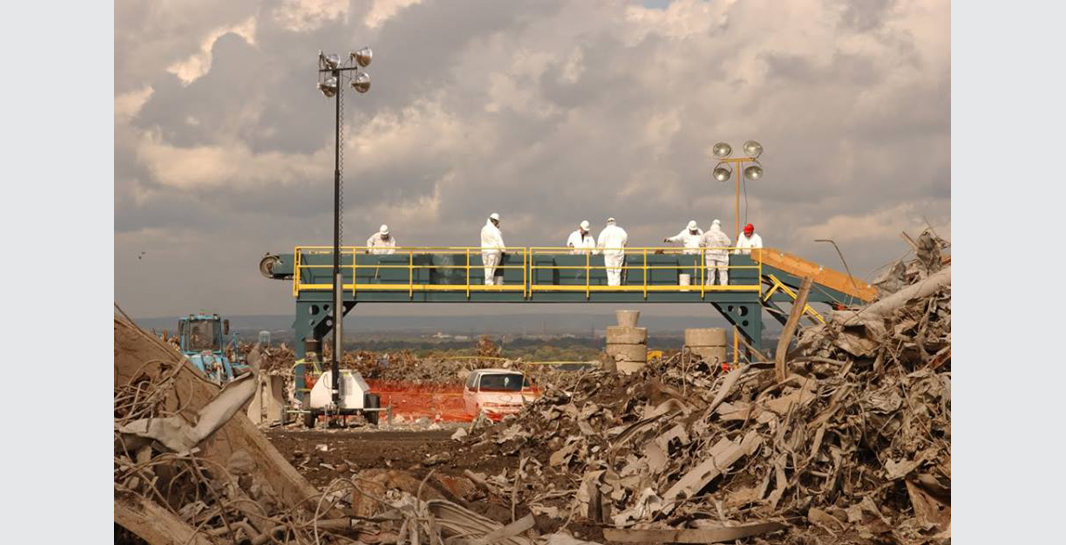 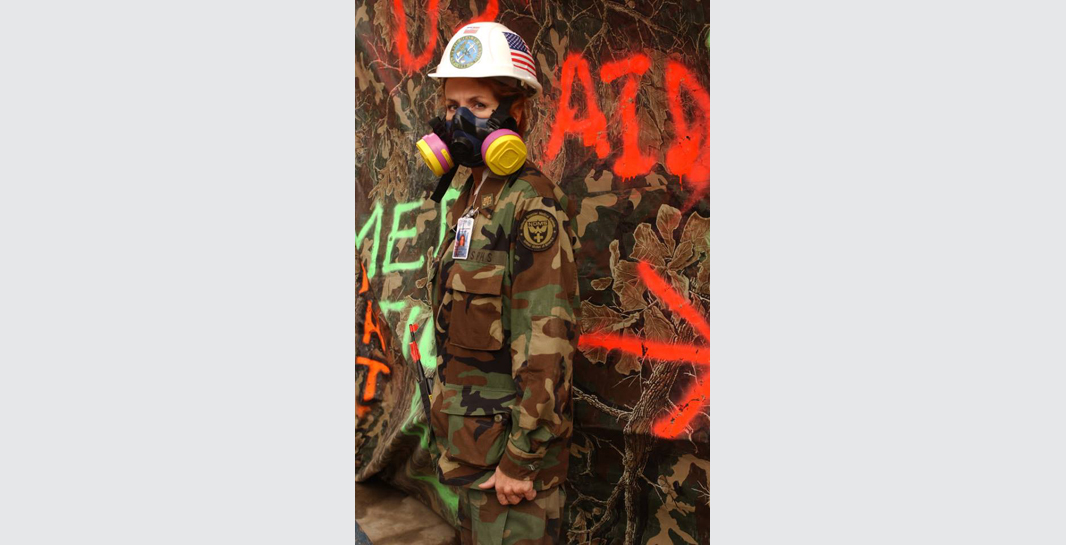 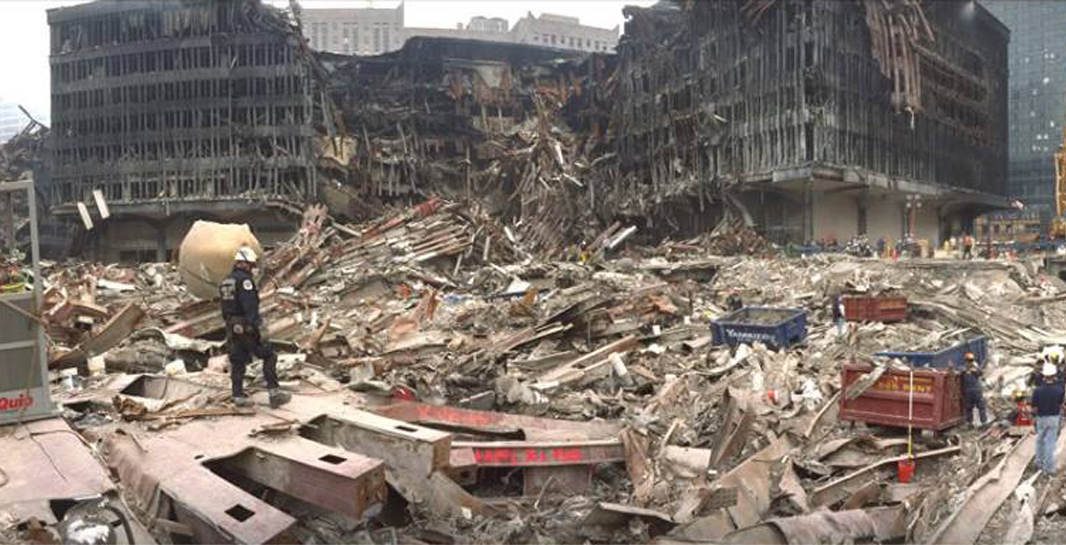 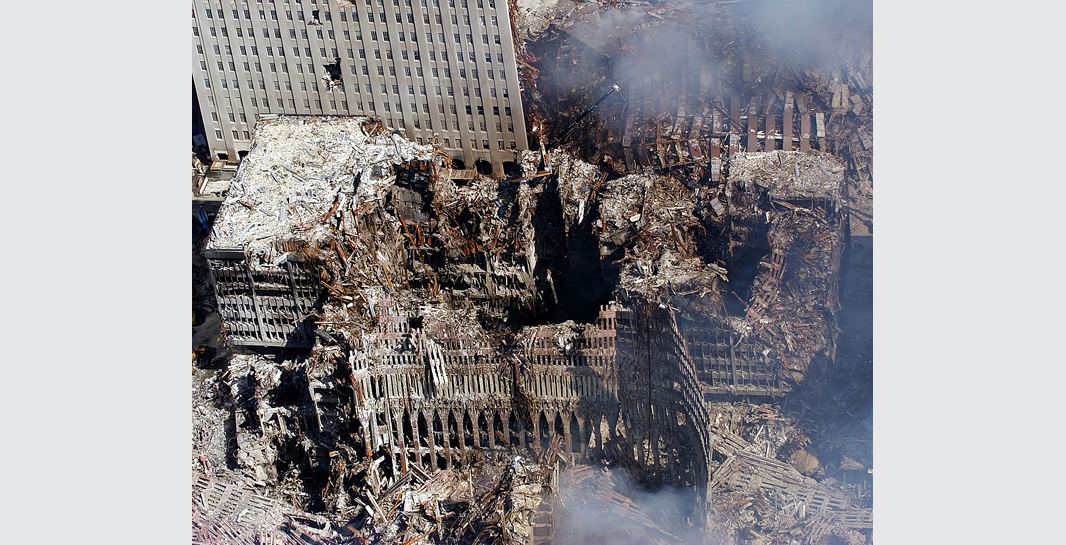 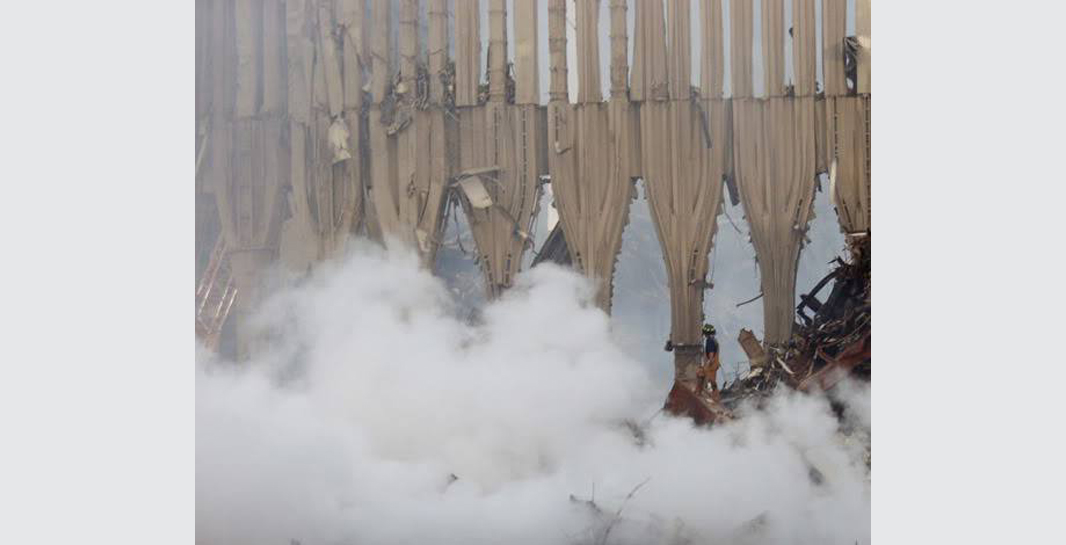 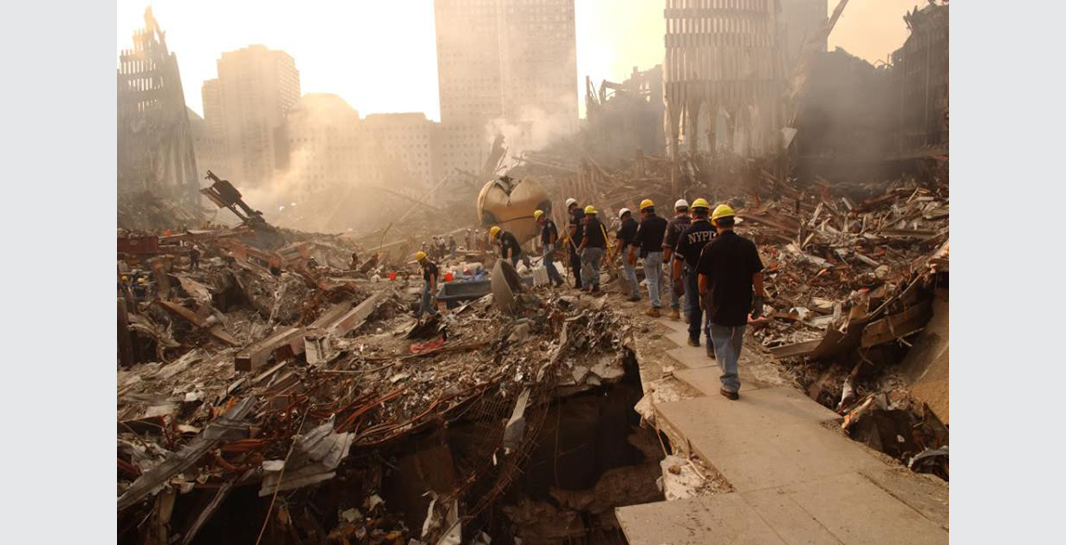 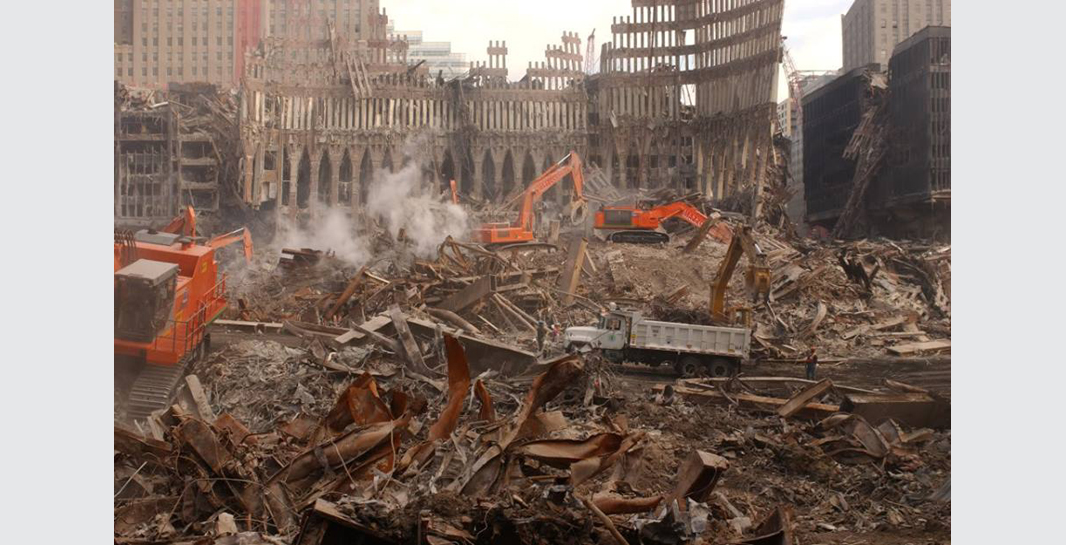 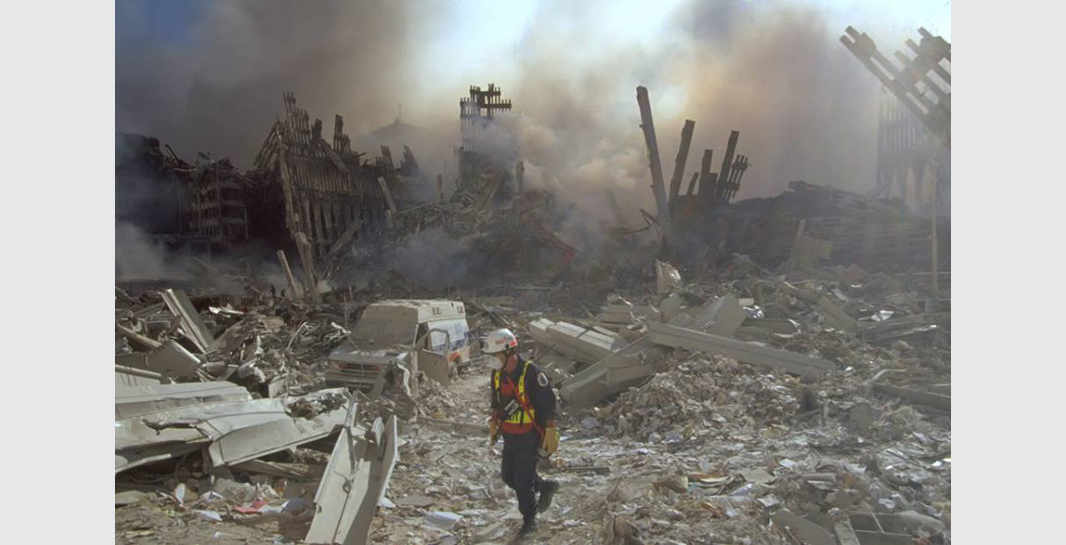 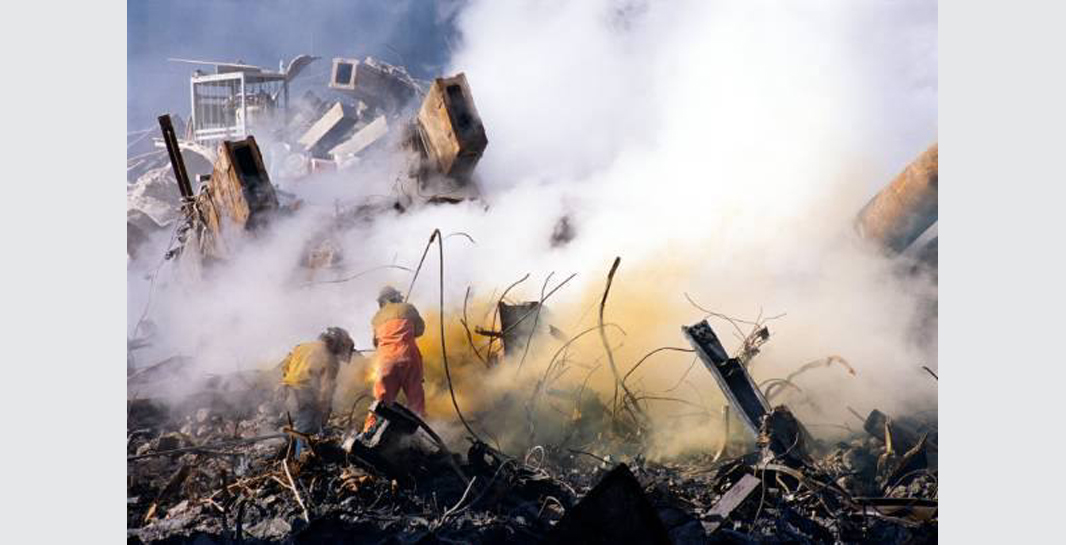 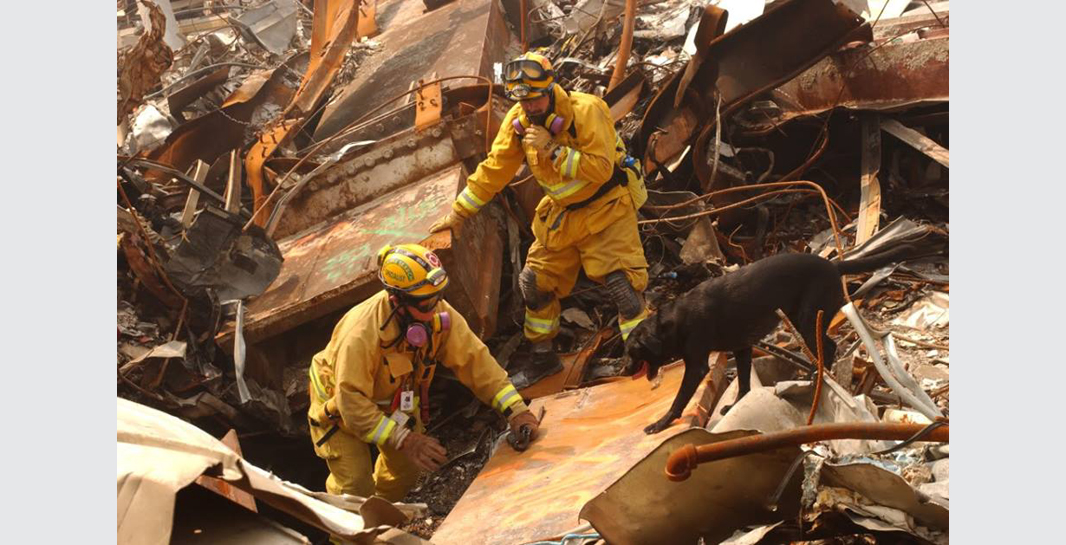 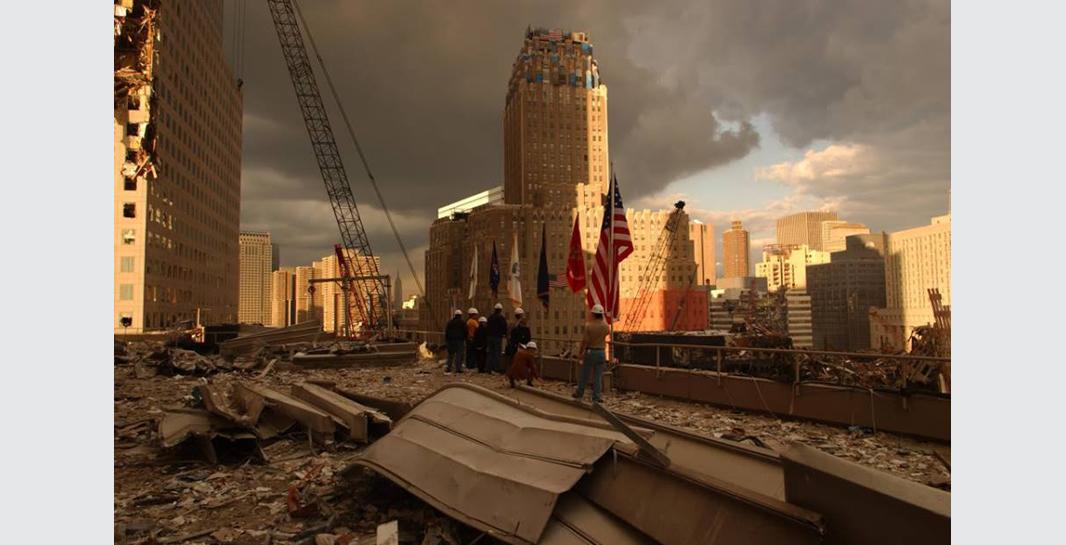 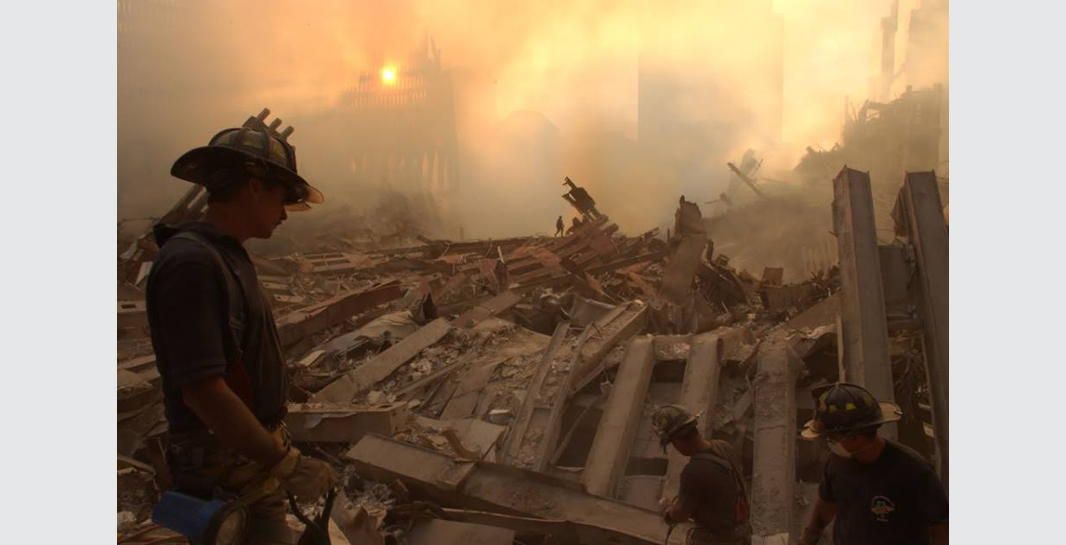 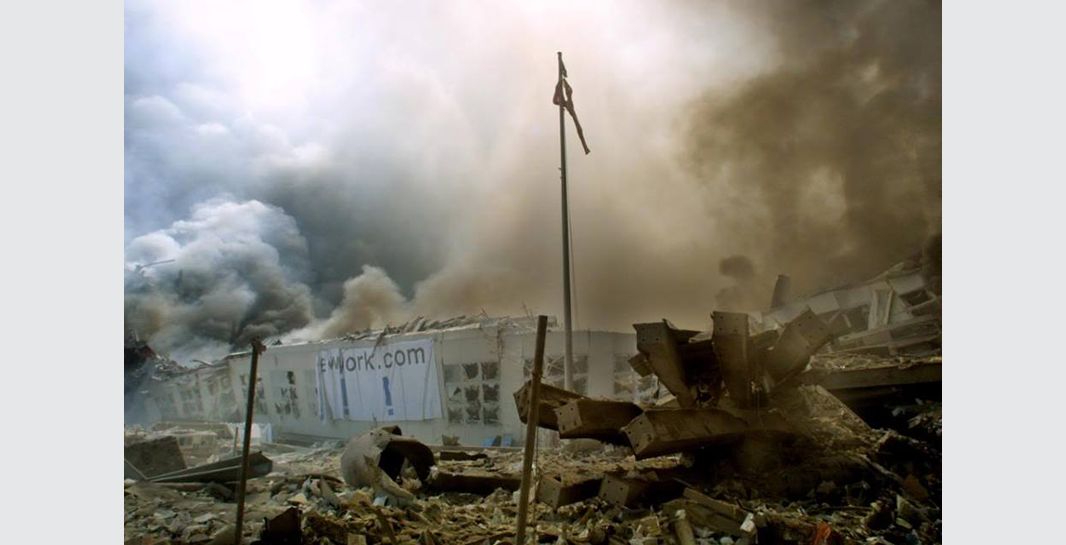