The liquid rock bubble and the neutron rescattering are described additionally.

Video clipping from ’The Melting Pot’

What temperatures prevailed under the debris of the three buildings?

Infrared images taken in October 2001 still showed high temperatures from scorching hot steel in the foundation of the building.

The hot chambers in the respective edge zone are notable. As it is very hard to get granite to compact, part of the pressure energy is converted into heat and the rock liquefies.

The actual cavity in the center has only developed to a minor degree and cannot accumulate any heat.

Excavators removed steel parts that were glowing yellow from the foundations of the buildings for months, until the beginning of 2002.

Within a few millionths of a second after the ignition the following happens:

The picture shows 6 collimators connected in series, to test the rectification of gamma and neutron radiation during nuclear weapon tests.

Ignition tower, collimators and measuring devices evaporate during the experiment.

2.2.3 Sealing of channels and radiation containment

Within a few thousandths of a second after the ignition the following happens:

Within a few seconds after the ignition the following happens:

After the debris of the building were removed, a small melting pot consisting of formerly liquefied granite was found under the South Tower.

Advance information on the existence of heat chambers

Rudy Giuliani, mayor of New York already insinuated the existence of melting pots in 2002, before they were actually discovered.

After the debris of the building were removed, a large melting pot consisting of formerly liquefied granite was found under the North Tower.

Ground transformations identical to those after nuclear tests

The molten structures resemble the transformation the ground undergoes after the detonation of a nuclear weapon underground.

Structure of the central zones after the explosion in borehole 102 on the Russian “Balapan” test ground.

2.2.7 Wavelength and color of the "Tribute in Light"

2.2.8 Water basin as protective shield – above the former “bathtub”

Water is an excellent shield against radiation.

It is also an unsuspicious design element that does not attract attention.

Layout of the water basins within the “bathtub”

The central cavity has a size of approx. 12 m x 12 m equivalent to the size of the required eruption channel.

In addition to the docks at the Hudson River, the group of buildings was protected against groundwater and seepage water with an additional tub.

The “bathtub” collected the debris of North and South Tower.

Damage analysis of the “Bathtub”

“As the one-year anniversary of the terrorist attacks on America unfurled as another immaculately beautiful day, far to the south a hurricane in the Carolinas was taking a hard right out to sea, throwing north a torrent of 60 mph storm winds.

At Ground Zero, while the families of the victims crowded deep in the pit around the Circle of Honor while all 3,000 names were read aloud, the wind slipped over the sides and whipped the dust into a thick cloud that billowed all through the complex, eerily replicating the smoke that hung in the air a year before.

You could not help but think that the angered spirits of one year ago had returned and were spiraling through Lower Manhattan, screaming their anguish to the millions that had gathered lest we all forget the absolute horror of their deaths.

Sand and gravel pelted the mourners on all sides, and the giant United States flag affixed to the black screen on a still-abandoned office tower ripped in half, at precisely the moment that the last of the names was read.”

Short interruption of the ceremony in the “bathtub”

“The energies were calm in the morning, but as memorial services began, the strangest thing happened. The wind began to blow – so strongly the gusts were up to sixty miles an hour.”

Short interruption of the ceremony in the “bathtub”

Continuation of the ceremony in the “bathtub”

Construction of the Memorial Pools, September 2010

Oculus, main hall of the station in September 2016 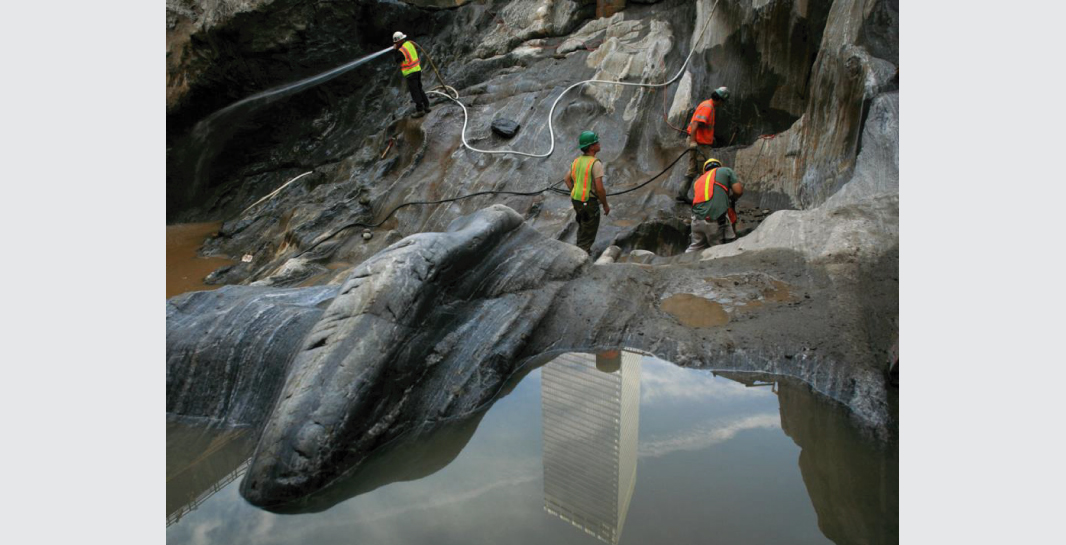 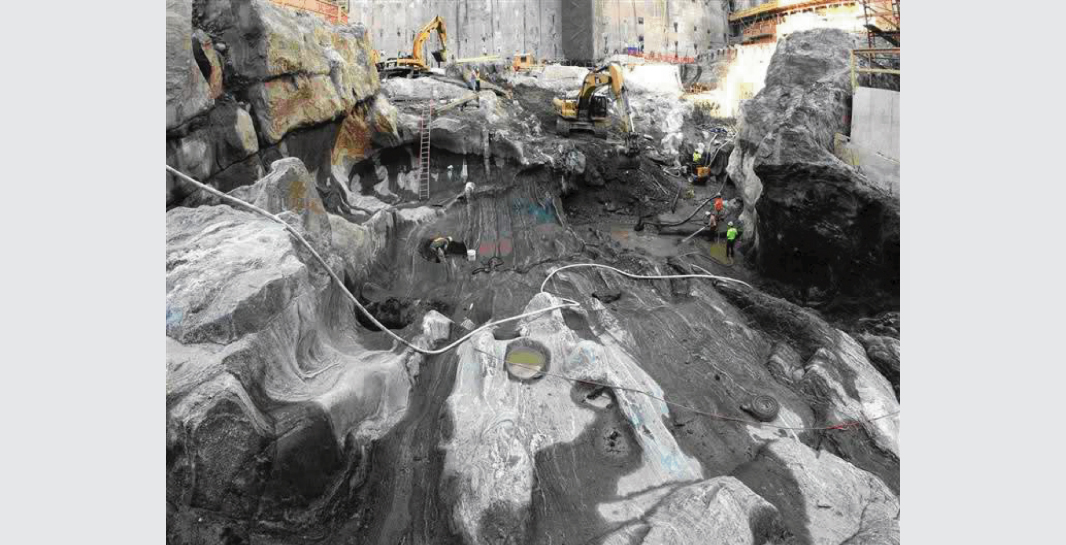 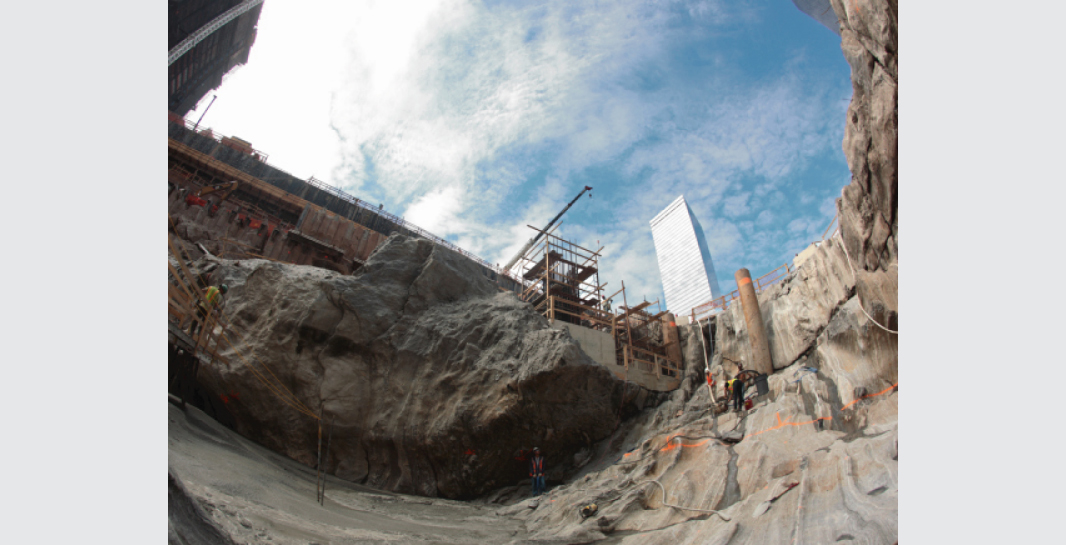 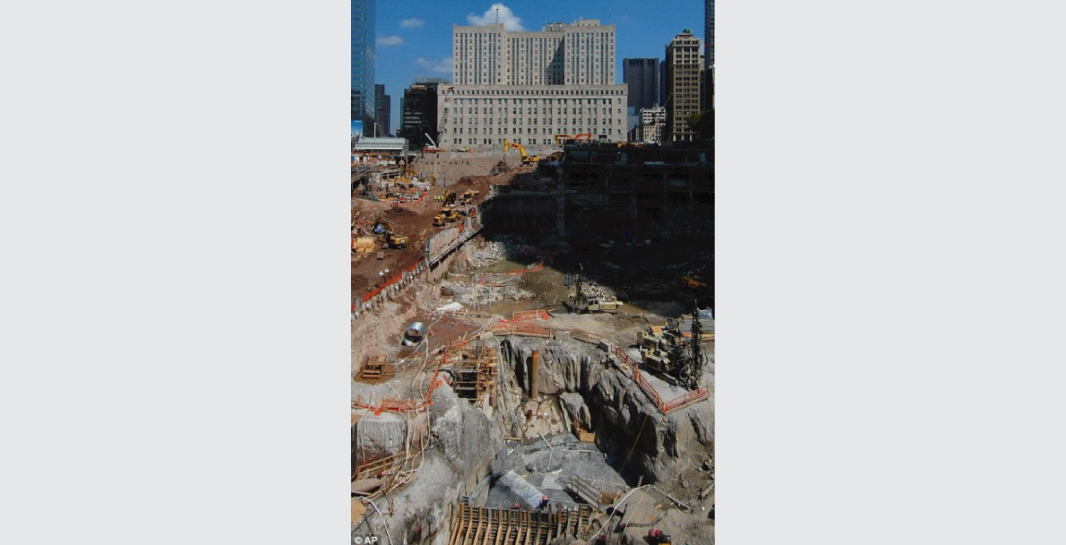 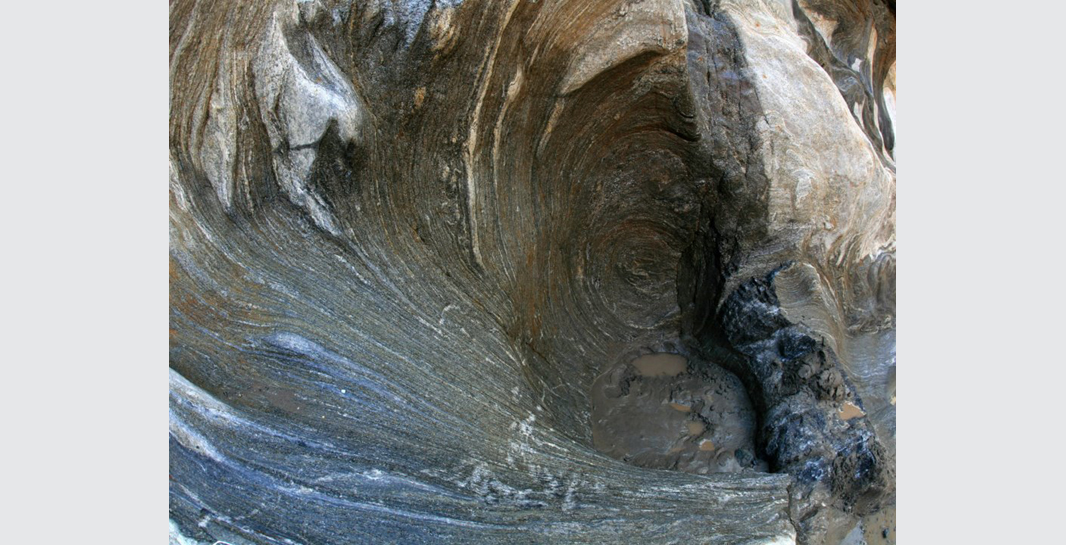 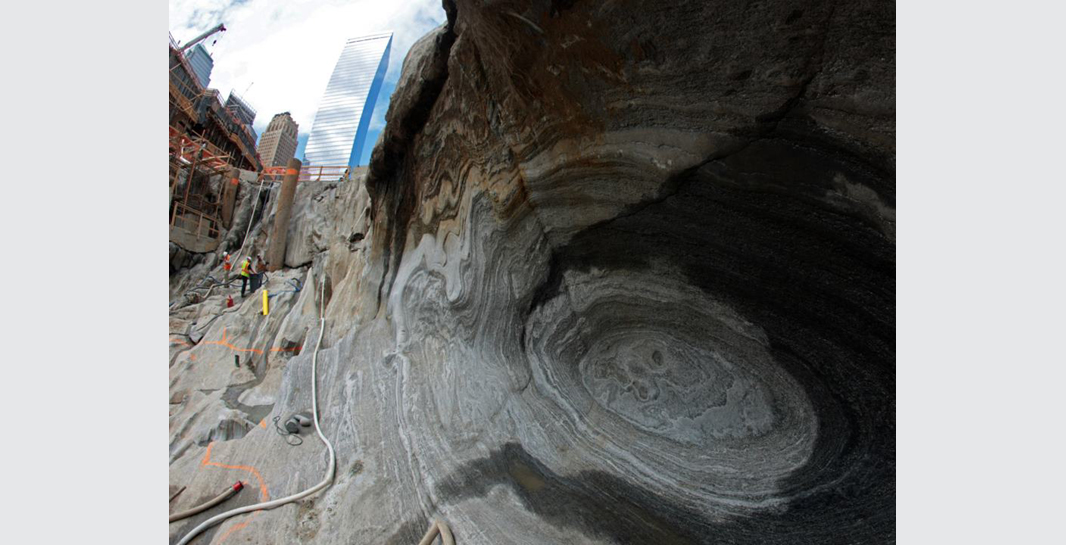 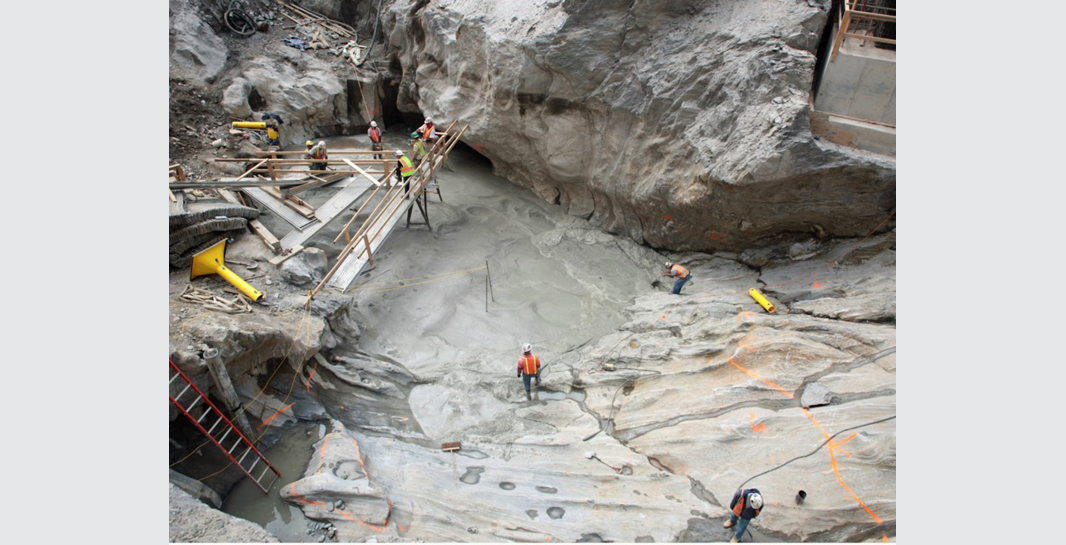 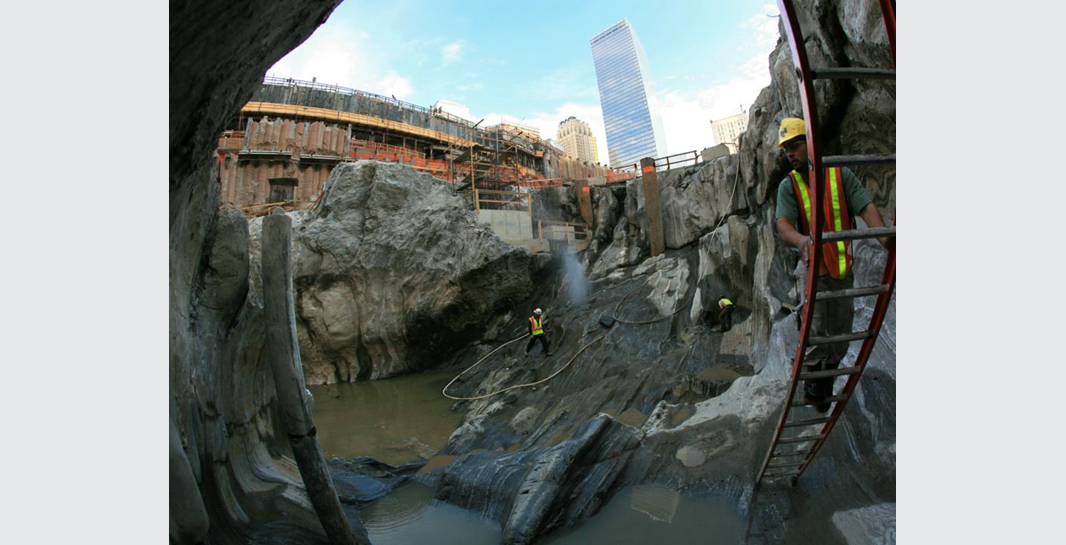 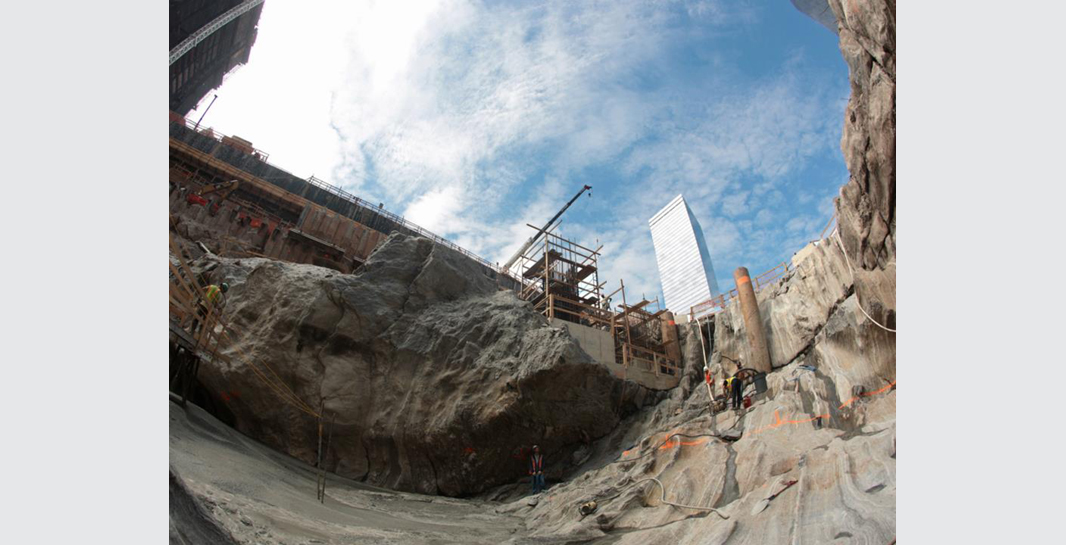 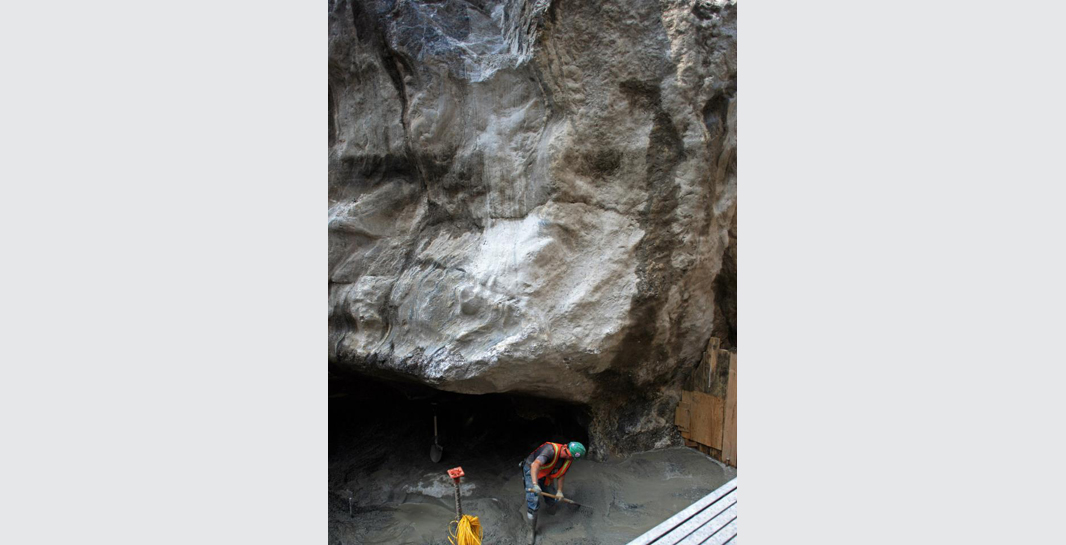 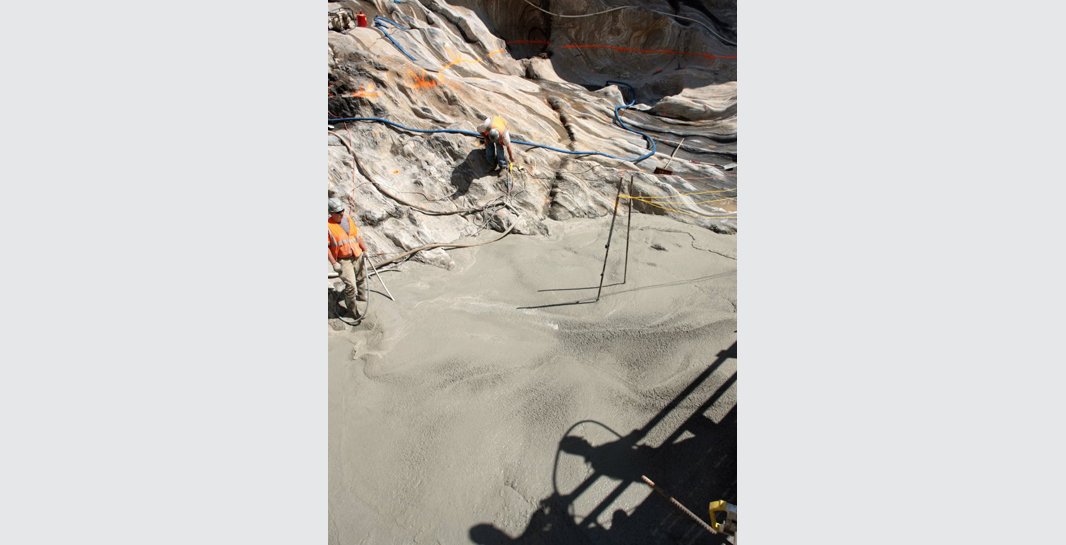 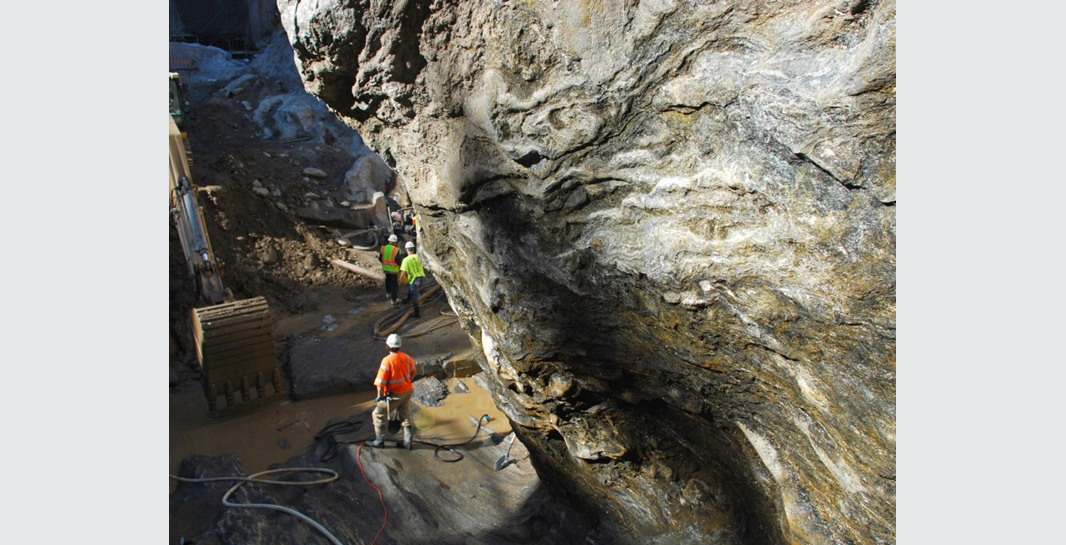 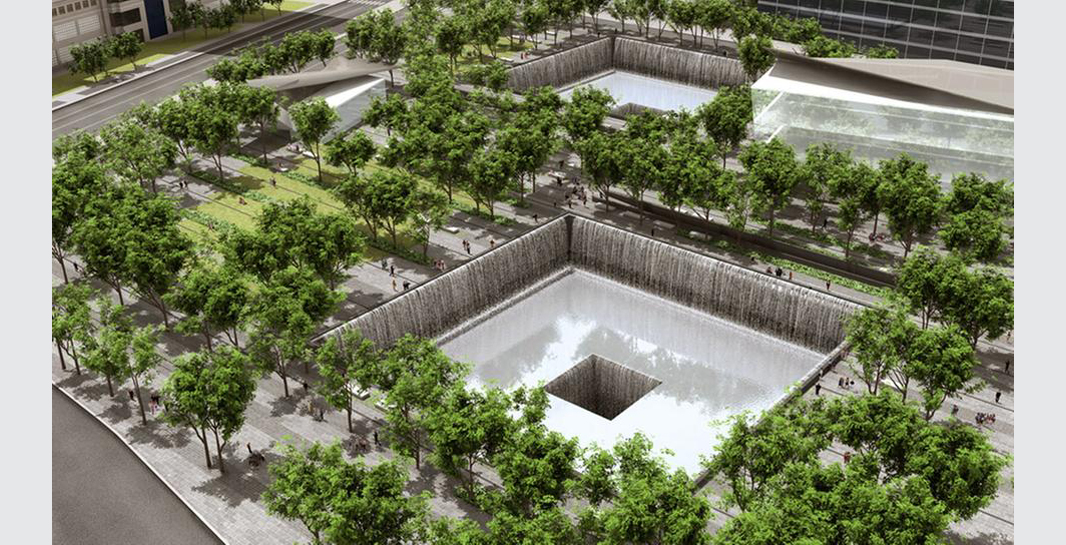 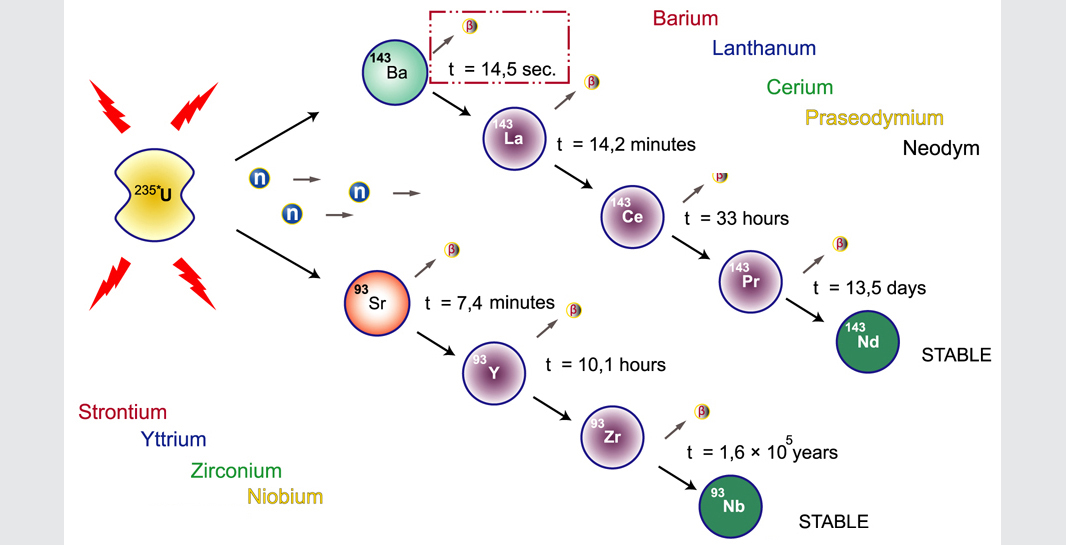 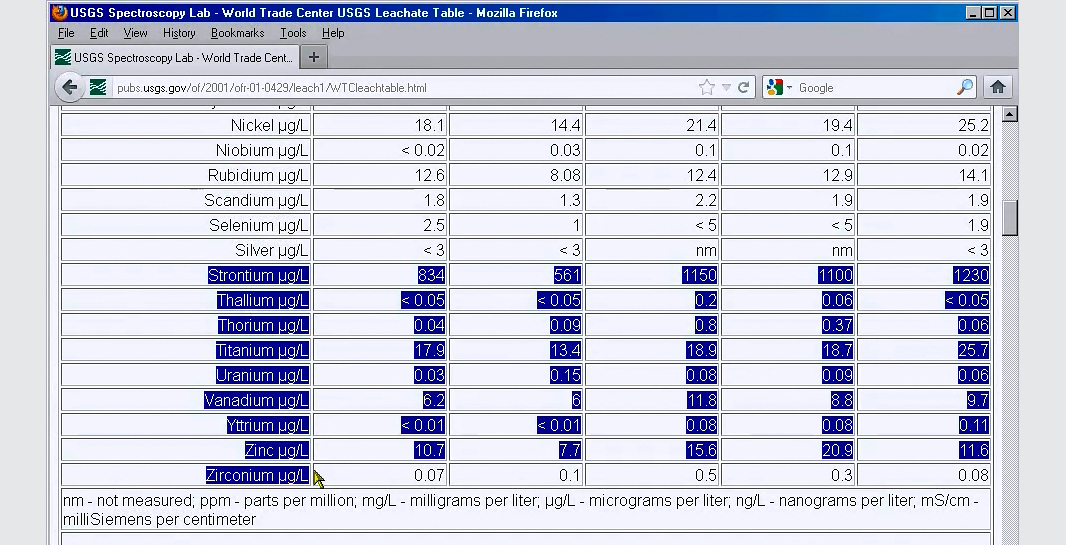 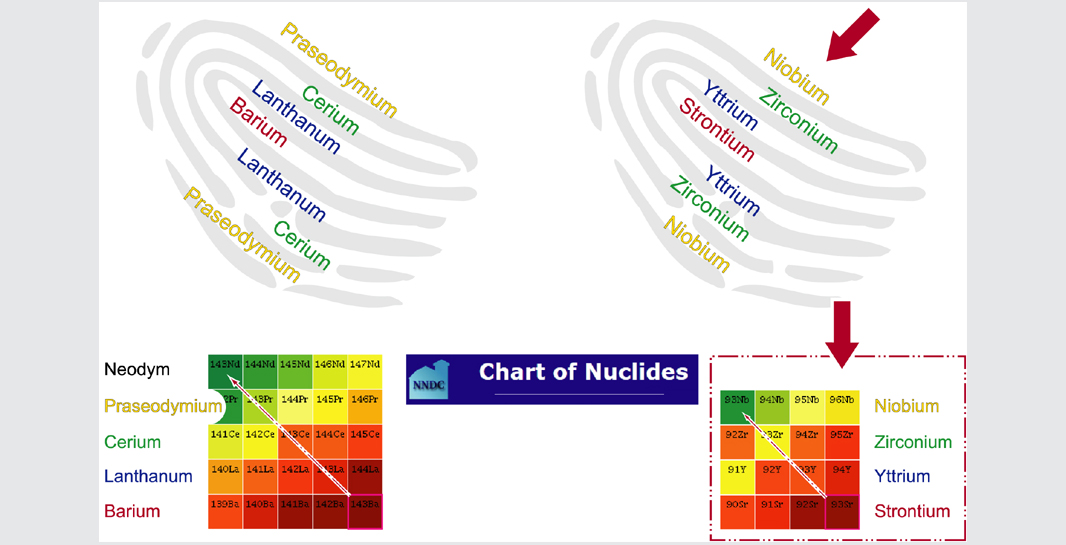